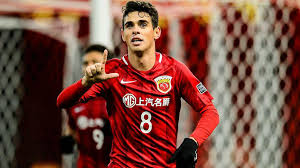 Shanghai Greenland Shenhua, Shanghai SIPG, Beijing Sinobo Guoan and Guangzhou Evergrande are possibly some of the Chinese football clubs we have never heard before. Contradict a country which is highly eminent for winning gold in almost all Olympic sports such as badminton, table tennis, weightlifting, and diving. Unfortunately, this does not apply to their national football. There is a distinctive gap between the China sports achievements with the achievements of its football. For the Chinese government, football achievements become a priority for the revival of the nation on the world stage (Santosa, 2017). Thus the situation was aggravated by many corruptions act and involvement of rigging games (match-fixing). Majority of elements in football were involved, whether it be the referee, the players, the club owners and even the leaders of the Chinese football federation (Hasdiansyah, 2017).

As Chinese football heads for the decline, a new hope emerges through the presidential election. In 2009, newly elected (Vice President) and football enthusiast Xi Jin-Ping made a public statement about promoting elite football and expressed his personal hope that China would be capable of both qualifyings for the final stages and winning the FIFA World Cup (Tien-Chin Tan, 2016). His vision was to transform Chinese football into a world-class professional through domestic leagues enhancement and as well as youth development program.

China was said to be the birthplace of the game itself. Back in the days, from 960 to 1279AD in the Song dynasty, they played the game called cuju (tsoo-joo) which has the meaning of “kickball” (BBC, 2016). Cuju was played for the purpose of cultural entertainment, leisure, and pleasure. The same purpose of the idea was adopted in the modern football today; we watch and play football for our passion of the sport, the enjoyment of playing with other individuals, or just purely the sensation of scoring a goal. Football consists of so many universal values which is why it is easily accepted all over the world. Today, the idea that football is the world’s games is more than mere cliché. Wherever you travel around the world on this blue planet we called Earth, you will see a football jersey on a youngster in a street, hear a discussion about the pros and cons in a café or pub, and see fans thronging to watch the local team purvey their version of the beautiful game. (FIFA, 2008).

Football is becoming an international phenomenon through events such as the FIFA World Cup and European champions’ league in the last few decades. The main attraction lies in a couple of factors, as football enthusiast such as myself, the players are the epicenter and soul of the game followed by the team/club that is participating in the event. Great players have always become a trump card for football; creating chances and scoring goals or saving it makes the name of the player being recognized worldwide, who don’t know Messi, Ronaldo, or Buffon in this era. The teams are also important factors, the team composed with superstars are favorably known globally, even though the team has rarely won a title. China seems to be lacking in those two important factors. This is hardly surprising that in this modern day football China seeks to dominate football the China way.

The buildup of Chinese football had a slow start. The Chinese had to face a formidable enemy of corruption in the nation. A breakdown and a large scale investigation were underway to eliminate corruption right down to the source. In 2013 the result of 33 culprits that has ties with football corruption was apprehended to justice. Last year in 2012, the government also succeeded in apprehending 50 individuals that have the link to football corruptions (Hasdiansyah, 2017). After rigorous attempts to bring back Chinese football back to its glory, slowly but sure China regains power and begin a consequential step forward by improving their domestic league.

Early in the year of 2012 major investor company for instance Suning, a large retail company group start taking interest in the new to improve Chinese football environment. Suning was not the only company that had the interest in the domestic league, other major Chinese company started to join in to invest their money as well, because football is becoming such a profitable industry. As surges of money starting to flow into the domestic league alias known as the Chinese Super League (CSL). Variety of teams began to build a strong lineup, to do so a world class player is the reliable answer for the problem.

The word insane transfer seems to fit the criteria when discussing Chinese club transfer. Personally, I’m only going to recap 5 of the biggest transfer, the Chinese club has ever made. The number is substantially staggering. Starting with Oscar as my first pick, the Brazilian nationality is China highest record transfer yet from 2017. The transfer from Chelsea of £51 Million Pounds to Shanghai SIPG still holds the record firm until today. The other four players are Hulk another Brazilian nationality making a move from Zenit St.Petersburg in a transfer worth £47.43 Million Pounds, followed by Alex Teixeira to JS Suning with £42.50 Million Pounds, Jackson Martinez to Guangzhou Evergrande of £35.70 Million Pounds and finally the fifth place goes to Ramires with the move of £23.80 Million Pounds to JS Suning (Hasdiansyah,2017). With 5 players alone all adds up to £200.33 Million Pounds that is roughly $249 Million dollars.

Football clubs nowadays are becoming part of a larger and more integrated global strategy and becoming an instrument of economic globalization. China of course saw this opportunity. They see football as an area that can and should be exploited as the extension of their national interest, both from the economic and political aspects. It is quite natural because football has become an industry and market that is very special (Santosa,2017). Football has never been China forte in implementing soft power; the film industry tends to be more famous than football. As football is one of the most popular sport in the planet, is an opportunity to apply soft power to the western countries, African countries, and also other Asian countries. Europe are China main target, since decades ago Europe has always been a football mecca for people around the world in addition European football teams and system date back as early as the 1900s.

According to Zhou (as Cited in Santosa.2017. P.125), China’s strategy emphasizes soft power, because they see this strategy is a weak point for their superpower bitter rivals in global politics, the United States. Since Iraq, Afghan and Libya the United States has endured a serious setback in terms of soft power. China on the other hand, has a better luck than its western rivals. Beside the booming Chinese film industry, other form of Chinese soft power has undergo quite a successful run. The Chinese government regularly provides the scholarship for foreign students to study in China, the nation itself is currently active in many international organization and building trust followed by cooperation, not to forget the Chinese are also prompting in foreign aids such as Official Development Assistance (ODA) for developing countries.

Football seems outlandish for the Chinese government to spread soft power at first. However, witnessing the wave of enthusiasm of football addicts from around the world may have been China’s turning point. By introducing new ways of soft power through recruiting grade “A” label Professional football super star and coach from Europe to make the CSL more challenging and exciting to watch is a remarkable transformation that they’ve done. Today CSL managed to force the world to recognizes China’s financial powerhouse and ambition to become a major force in world football.

China will have a great future ahead in football. Considering China is fueled by a perfect combination of strong economy and good governance. Healthy economy is vital to boost up the league if anything happen, since the league is well supported by the government I personally believed the league will have a wonderful long run and can easily compete with top Europeans league only in a short matter amount of time. The act of good governance to establish a clean league from corruption and other illegal act is respectively important as well. Without it, the CSL won’t be the CSL as we know today, and the Chinese football dream will never be a reality.

Although there are tremendous challenges ahead, the vision of Chinese national football transforming to be a world class contender is very much alive. Luckily with Xi Jin-Ping as the president of China, I very much believed he will make it happened. To ensure that, the Chinese government has been paying close attention to the sport and prepared a well thought out plan with it. A target of establishing tens of thousands of football academies to make sure Chinese youth have a basic understanding of the game and be able to polish their talents there. In addition, the government has also prepared to setup a formal/higher education associated with sports to the country which I believed it has a correlation with football as well, such as Guangzhou Sport University. For my very own final statement, I deeply desired for Indonesia to follow the footsteps of China. We were once a daunting force in Asia but alas we couldn’t defeat the act of corruption, lack of government support and funding which brings us to fallout to our nation’s football.